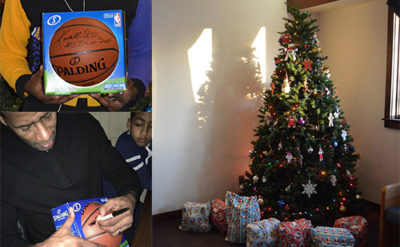 “The signed basketballs were a hit because of the connection they felt with Kendall Gill…He chooses to donate to Cunningham annually and he took the time to stop by and meet with the guys. He was able to explain why he gives to them in particular and that definitely had an impact.”

Click here for a link to the Cunningham Children’s Home Facebook page, where you can see more pictures of the donations provided by Kendall Gill and CBCDR.