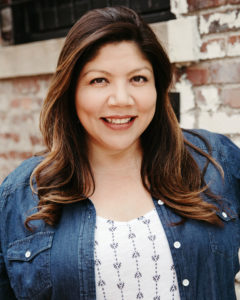 Suzanna began working for Coldwell Banker Commercial Devonshire Realty (CBCDR) in the summer of 2012 as the Development Coordinator and an assistant to Tim and Tom Harrington.  She has worked closely with the property owners, contractors, city planners, and financial experts for the following key projects:  Sterling Commons – Phase II, Carriage Center Commons, LLC and 2009 South Neil Street Investors, LLC.   In spring 2015 she broadened her career as she started working more alongside the Brokers as the Brokerage Coordinator.

Suzanna joined the United States Air Force after graduation from high school and was active duty stationed in San Antonio, TX and Fort Walton Beach, FL.  She left active duty and transferred to the Wisconsin Air National Guard and the Louisiana Air National Guard for a total of 11 years in the USAF.  Suzanna had the honor of deploying several times to the Southwest desert region in support of Operation Enduring Freedom and Operation Iraqi Freedom.

Suzanna grew up in the small town of Kenosha, Wisconsin off of Lake Michigan.

Suzanna is married to Shane, a U.S. Air Force retiree of 24 years and together they have four children.  She enjoys spending her time with her family and friends.  They live in Champaign and their children are all active in some extra-curricular activities from soccer, to dance, to the saxophone in band, archery and piano.  Whenever she is not attending or supporting her children in their activity, she is always helping with the local schools the children are attending.